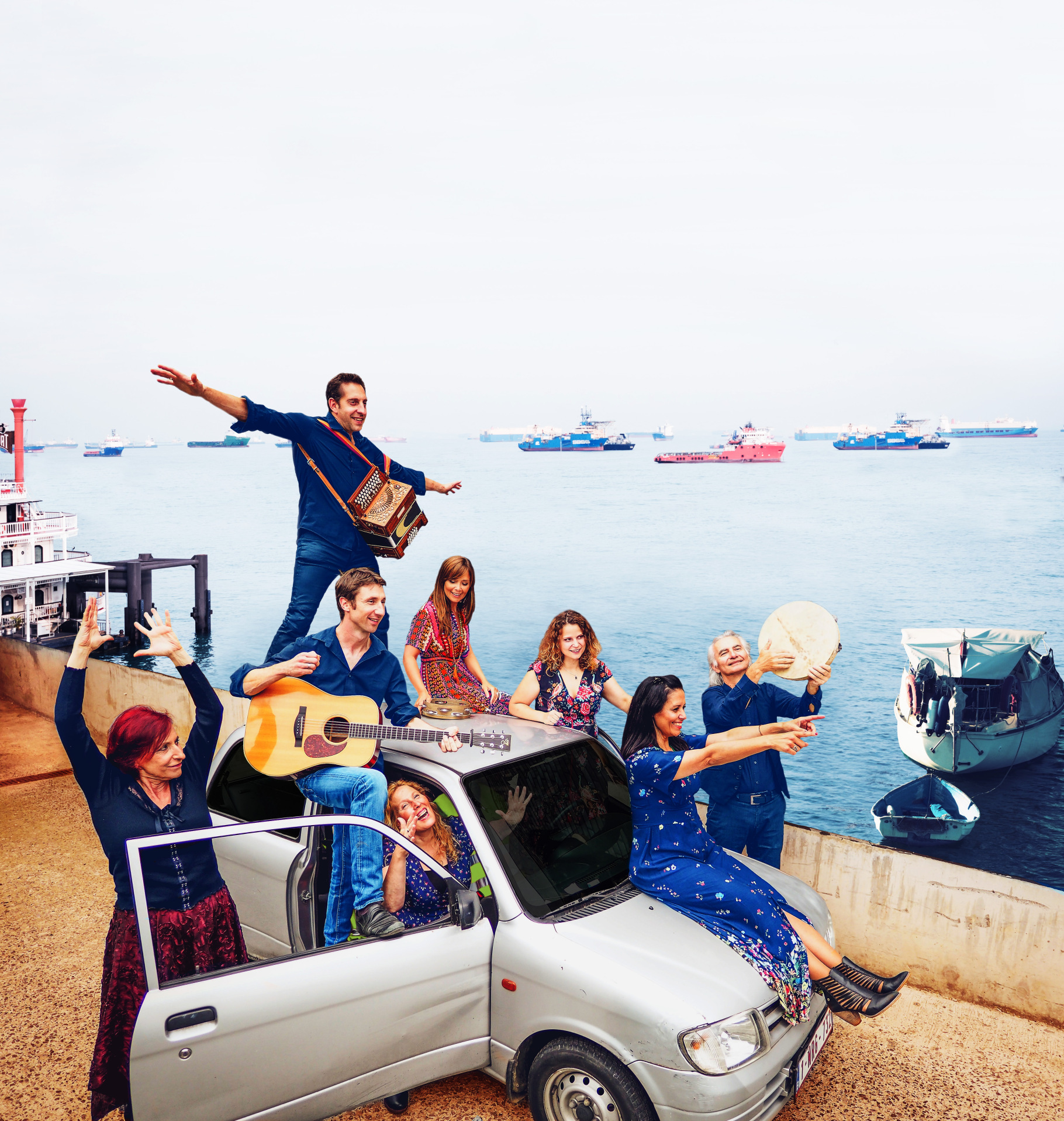 Alegría e Libertà is the encounter between the fiery Cantabrian sea, kissing the cliffs of the Praia das Catedrais, off the coast of Ribadeo and the languor of the Ionian Sea, coloring the Terra d’Otranto in vivid azure.

From muñeira to tarantella, this musical journey takes us on the paths of Santiago de Compostela, through Galicia, this region of northwestern Spain, neighbor of Portugal, of Celtic culture; and on the paths of Salento, in the extreme south-east of the Apulia region, described as ‘the heel of the Italian boot’.

This album is dedicated to the meeting of the voices of memory: that of the “pasionaria” of Italian folk song, Lucilla Galeazzi, and those of the ethereal Galician “cantareiras” of Ialma. A repertoire oscillating between tradition and modernity, sublimated by the virtuosity of the diatonic accordionist, Didier Laloy, the rhythmic energy of tamburello player Carlo Rizzo and the excellence of Maarten Decombel on guitar.

Alegría e Libertà are songs of women to each other, to strengthen themselves at work, while harvesting potatoes or spinning jute fiber; to encourage themselves while waiting for their men who went fishing at sea; to resist when their songs are repressed by dictatorship. Popular songs that bring us back to the culture, to the roots, to the identity that is passed on generation after generation.

Nevertehless Alegría e Libertà is also the joy of singing and dancing, from moving vocal fusion to mystical lyricism, in absolute freedom.

“In a time when freedoms are being threatened, including artistic freedoms, in Europe and elsewhere, my sense is that this is a quiet cri-de-coeur from artists that are part of that international community that is forming in places like Belgium, where many paths cross in the heart of today’s political Europe…. a very joyous and passionate project.”
Rootsworld.com, USA