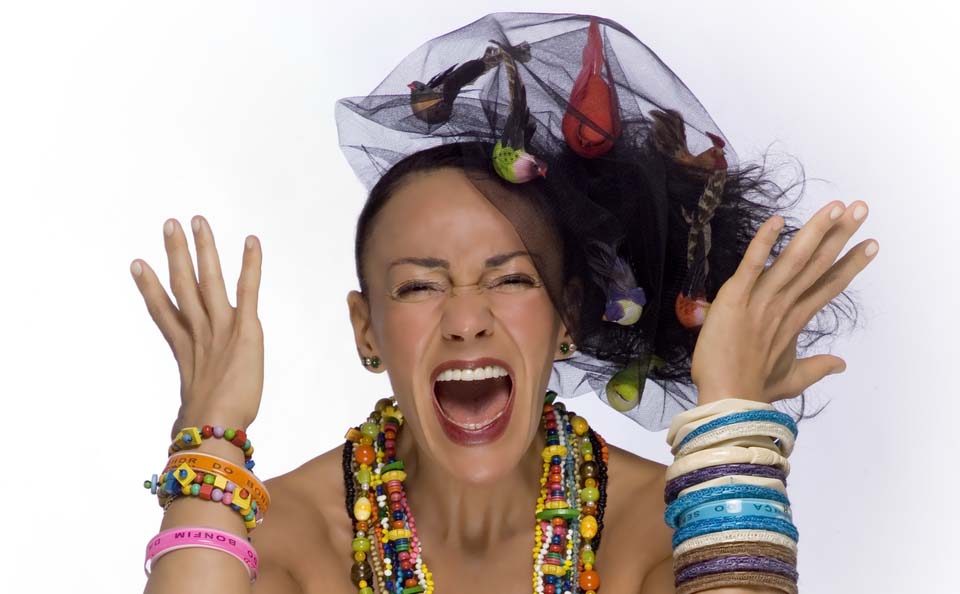 This artist profile is no longer updated.

It is difficult to find a category for Portuguese singer Maria Joao as with each of her projects she enters new artistic territories. Avantgarde, modern jazz, Latinamerican music, Portuguese folclore – Maria Joao plays with the most different genres and embraces them through her personal style of interpretation. She presents her songs as mini dramas full of grace and explosive passion, accompanied by dramatic body language, gestures and dancing steps. The infinite range of her voice oscillates between all colours and intensities, jubilating and whispering in fascinating poignancy.

For more than 25 years she has been regularly working together with pianist Mário Laginha, together they have released dozens of CDs and given hundreds of concerts all over the world. Clearly influenced by jazz Joao and Mário’s art incorporates influences from other musical universes (Portuguese popular music, Brazilian, African, classical). The music they play is set by a mixture of formal discipline, creativity, intuition, complicity and technical competence.

Apart from her work with Mario Laginha, Maria João has shared the stage with numerous great Portuguese and international (jazz) names such as e.g. António Pinho Vargas, Carlos Bica, Gilberto Gil, Joe Zawinul, Laureen Newton, Miroslav Vitous, Charlie Mariano, Aki Takase, Niels Henning. With her new project OGRE she has recently started to explore the relation between jazz, pop and electronic sounds; a new album with Shakespeare’s sonnets will be released in 2017. And on MAR AFORA, Maria’s brand new duo project with Brazilian guitarist and composer Guinga, she devotes herself to her love to MPB, Música Popular Brasileira.

“Who knows if this performance by Maria João’s OGRE trio wasn’t the pièce de résistance of this year….The divine Maria João knocked out the public of the 4th Katowice JazzArt Festival.”
http://artrock.pl/ PL, 2014

The electrifying stage presence of Maria Joao fascinated the audience from the first to the last minute. The phenomenous range of her voice from very deep to very high and her overwhelming improvisational skill make the big difference. She switches from the oriental sound of an arab singer to the voice of an old Candomblé priest – a simply breathtaking performance”.
Rolling Stone Brasil, 2012

“Vocal acrobat Maria Joao transported her audience to a fantasy world. Sparkling with ideas, she sang lively like a child, sensually like a woman, deep like a man, continuously changed her roles, conducted imaginary dialogues using her eyes, arms and the whole body. Charming, profound and marvelously funny”.
Göttinger Tagblatt, Magazin, D, 2012

“The great consolation of this experience for me was the beauty of Joao’s voice. Her range is extraordinary, in terms of both dynamics and tone, and her improvisational exuberance promises to break all conceivable boundaries, of musical genre, identity and perhaps even the known laws of the physical universe”.
Tromsoby, N, 2012