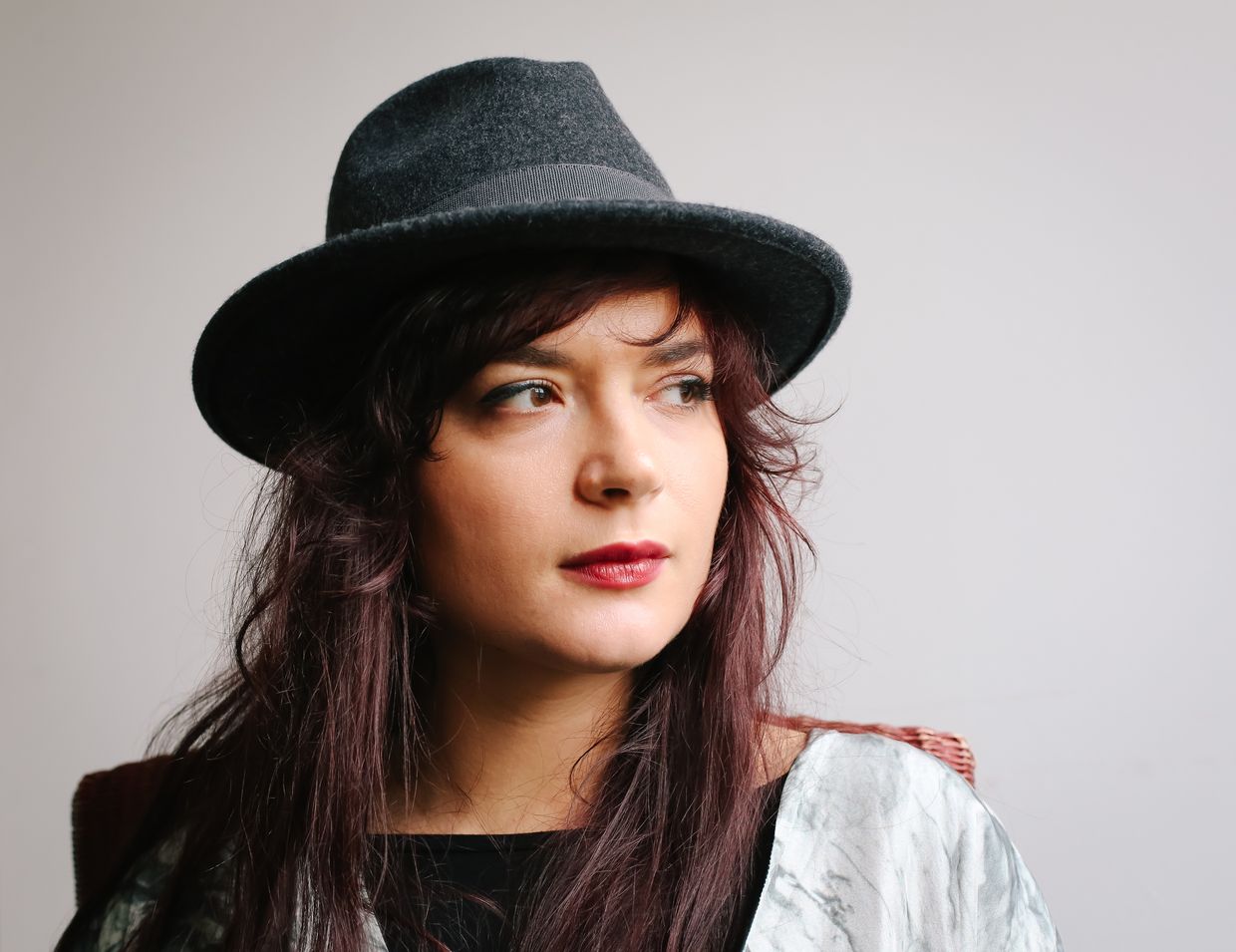 Born into a highly artistic family in Tirana, Albania, in 1981, Elina Duni made her first steps on the stage as a singer aged five, singing for National Radio and Television. In 1992, after the fall of the communist regime, she settled in Geneva, Switzerland, with her mother, where she started studying classical piano and thereafter discovered jazz. She went on to study on the jazz programme at Hochschule der Künste in Bern. During this time, she formed the Elina Duni Quartet with Colin Vallon on piano, Patrice Moret on double bass and Norbert Pfammatter on drums. This project represented a return to her musical roots, an intriguing, successful combination of Balkan folk songs and jazz.

After two albums  on the German label Meta Records she releases Matanë Malit (Behind the Mountain) and Dallendyshë (The Swallow) on ECM in 2012 and 2015. After these two critically acclaimed albums featuring Albanian songs in a light and subtle manner, Elina presents Muza e Zezë in 2014, her first solo album album as a singer-songwriter.

In 2017, Elina Duni was one of the winners of the Swiss Music Prize and in 2018 her first solo project Partir  was released on ECM Records. On her most intimate recording to date, she accompanies herself on piano, guitar and frame drum, interpreting – in nine (!) languages – songs from very diverse sources – from folk songs and chansons to singer-songwriter ballads.

For her latest project, Songs of Love and Exile, Elina is joined by guitarist and BBC New Generation Artist Rob Luft, one of the rising stars of London’s flourishing contemporary jazz scene. Luft’s playing incorporates echoes of West African high-life, Celtic folk and textural minimalism. His joyously original sound finds an ideal counterpart in Elina Duni’s vocals. The duo’s first common album Lost Ships was released by ECM Records in 2020 and nominated for the German Critics’ Award as well as for the German Jazz Award.

“I come from a family who has already fought against fascism, this is why I abhor any kind of nationalism. Societies who seal themselves off, are fearful societies. We all have to learn again how to fight for things that we have come to see as a given and take for granted.” (Elina Duni)

“Lost Ships is an exquisitely beautiful, emotionally complex, words and music masterpiece from two of the most distinctive talents on the European scene. Passionate and grave, serene and desolate, it is a kind of sequel to Duni’s acclaimed 2018 ECM debut, Partir. … A perfect vehicle with which to transition into, hopefully, a better new year.”
All About Jazz, USA, Lost Ships, 2020

“This album is all of a piece. Tuned in a pensive tone, although it is about departure. But this departure is not frivolous or euphoric, and Elina sings about it with earthy presence and mastered strength.”
Neue Züricher Zeitung, CH

„Elina Duni’s is a voice that’s both relaxed and slightly pensive – relaxed with a deliberate delicacy for slower material, yet pensive for what lies beneath the surface of such calm, beautiful music.“
Downbeat, US