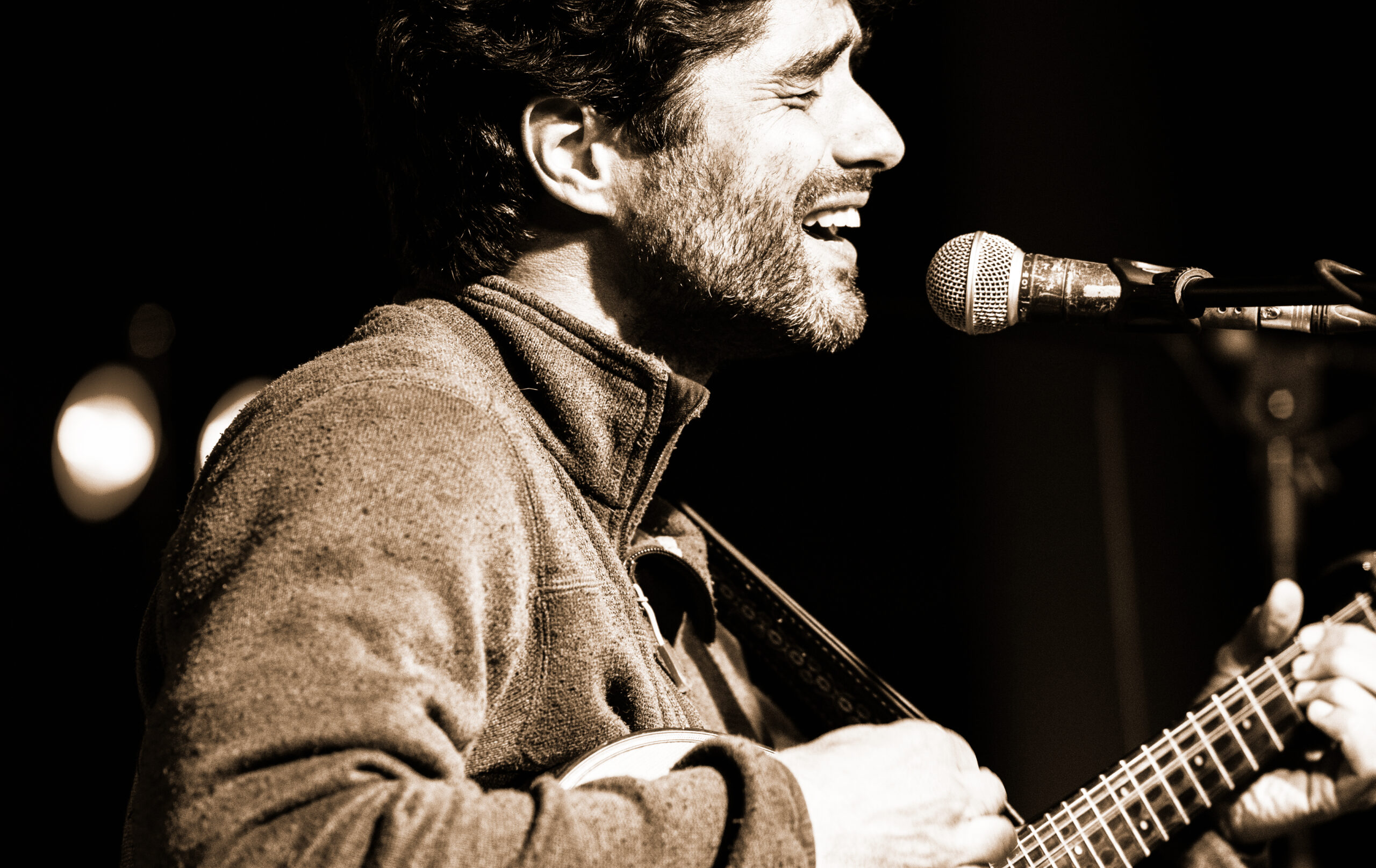 Handmade Songs from the Sunny Side of the Alps

Bolzano native Gabriele Muscolino is a singer, author, instrumentalist, composer and arranger. His renown first arrived as frontman of the progressive-folk band “Nachtcafé” with whom he recorded and performed two albums primarily in Italy, Austria, Germany and Switzerland. Muscolino plays the Irish bouzouki and studied as well guitar and piano. His musicological interests are truly eclectic: during his doctoral research he collected and published folk songs and dances from the Venetian Mountains, he published articles on radio opera and translated French and German songs into Italian – including work by Georges Brassens, Ernst Molden, Bertolt Brecht, Erich Kästner and Frank Wedekind. He writes, translates and composes for theatre and film, produced the 2014 album of Scottish singer-songwriter Oscar McLennan, and his short story “A Summer of Grace” was published in the anthology “Autobahn” (Traven-Books). His first solo album was released in 2021 (Visage Music).

I love the antique, searching for the past inside and outside myself. My brain is an ongoing theatre full of music and buffoonery, of colourful fireworks all for free. I love telling the stories of people, especially of those who are weird, lost or live at the margins. Of those who are crazy, queer or earnest. Of lovers and tramps. I love the side lines, interrupted parables, art that has been cursed. I am anti-modern and love the classical. I prefer to develop based on tradition, to write something beautiful rather than something new, to give a voice to sentiment rather than emotion. In all my projects I work like an artisan – slowly, driven by intuition, full of joy. (Gabriele Muscolino)

“A very touching debut album… an enrichment of the European scene of singer-songwriters!”
Rootstime.be

Sings to the musical soul of folk lovers across the globe… This is just wonderful singer-songwriter music
Folking.com

“Stories full of irony and poetry.”
Quotidiano Alto Adige, IT

“A magic atmoshere that takes us back to another time. Each track on Muscolino’s debut album is a unique acoustic experience. His music sounds grounded and at the same time atmospheric.”
Bayrischer Rundfunk, Heimatsound, DE

“A wonderful storyteller.”
Headliner, IT