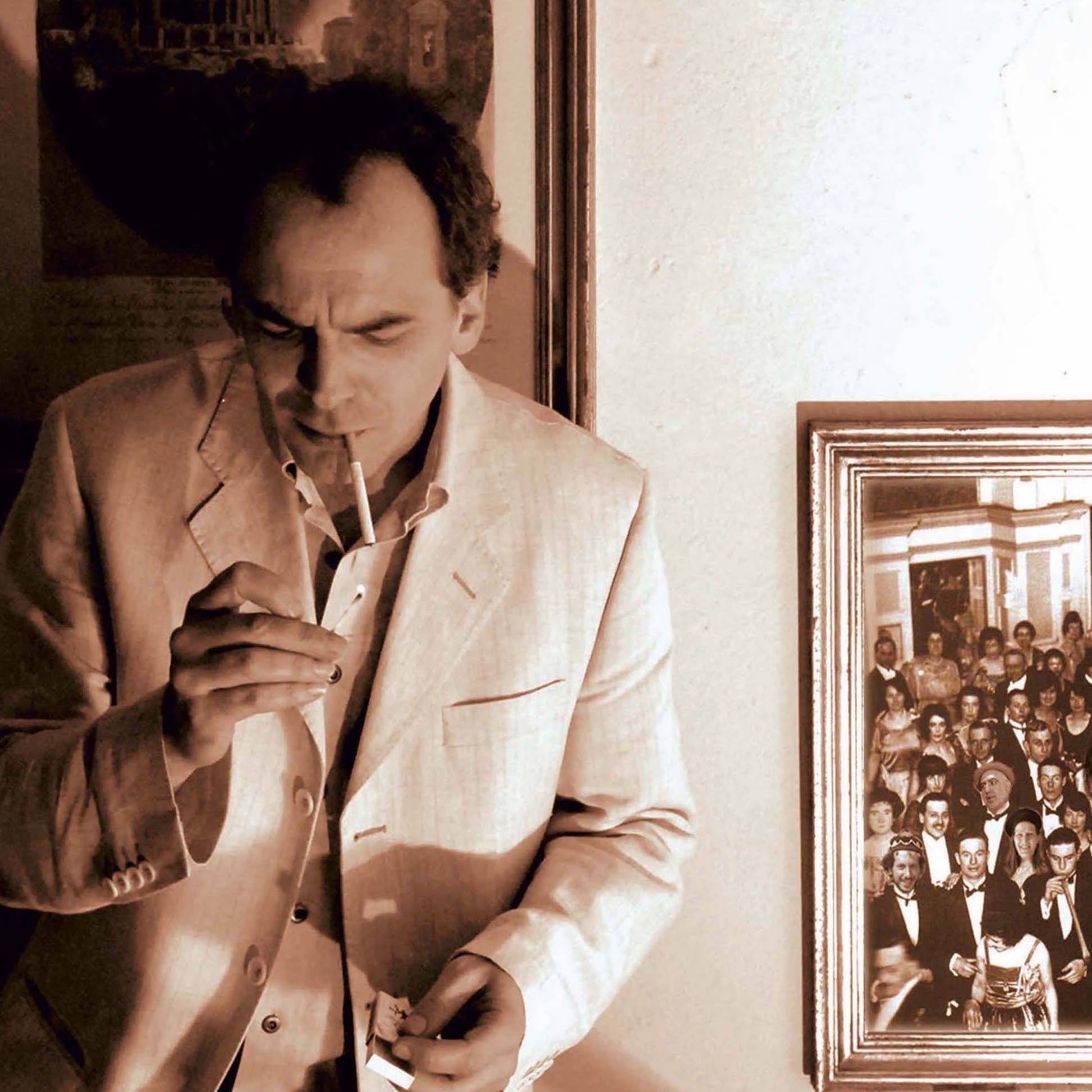 For many years we have known the man with the velvet voice as singer, guitar virtuoso and the author of some of the most beautiful songs of Riccardo Tesi’s Banditaliana – but only very few people north of the Alps will know that Maurizio Geri is also a band leader!

With his Swingtet he renders homage to the style of grandmaster Django Reinhardt, blending the typical Manouche technique with Swing and Italian cantautori tradition. The result is a unique sound that over the years has made the band Italy’s number one of Swing Manouche. Maurizio Geri Swingtet are also the only Italian ensemble that ever caused a stir at the genre’s most important festival in Samois sur Seine in France.

The Swingtet is Maurizio’s core activity around the heritage of Django Reinhardt. He has studied and played with Manouche artists, but without ever renouncing to his own roots. This means that he has learned Django’s lesson not only for the guitar and the repertoire, but above all in the dialogue between originality and belonging that had made of the master the great idol of generations of European, non academic musicians.

So far Maurizio Geri has released five critically acclaimed albumss. His musical approach is passionate and free, strict but open for innovation. Django’s heritage is presented in the disguise of Jazz, dance music and und improvisation, very European but at the same time full of respect for the Italian singer-songwriter tradition and Maurizio’s first musical love, the folk tunes of his native Tuscany.

“The music is nostalgic in a charming way and sounds enjoyably old-fashioned…. Maybe Django Reinhardt would sound like this today.”
Folkworld (DE)

“Maurizio Geri is a refined and sensitive guitarist – his elegant phrasing combines poetry and musicality, he is never too restrained or outré, his notes always make sense…. a lesson for all Django apprentices.”
Djangostation (FR)